The 167-year-old Cartier SA jewelry is the world's "king of jewelry" and is the luxury dream of fashion people all over the world. After a hundred years of vicissitudes, Cartier has many classic works, each with a legendary story behind it!

The yellow diamonds, which are extremely rare in the weight and color of the Ouna yellow diamond (rated "Colourful Yellow"), were discovered in a mine in South Africa in 1880 and cut to a pillow shape with a weight of 102.07 carats. The mayor of Ouunt purchased the diamond in the 1950s and entrusted it to Cartier in a flower brooch, with five petals made of platinum, long stepped cuts and round brilliant cut diamonds. A central stone that surrounds the bright hustle and bustle.

In 1996, the Ou Naite diamond was auctioned in Geneva. It sold for more than $3 million and became one of the top ten most expensive diamonds in public auctions in history. Its new owner re-cuts it, making its golden brilliance even more dazzling. The weight of the yellow diamond after re-cutting was less than one carat, but the color was raised to the level of â€œYellow Color Yellowâ€.

Originally a South African shepherd boy found a beautiful bright stone on the banks of the Orange River in the North Cape Province. The diamond was later bought by Amsterdam's famous gemstone cutter Louis Hond, giving it a brightly cut shape of elliptical and pear-shaped, weighing 47.69 carats. He then named the ultra-pure, beautiful diamond "South African Star" for sale to the British aristocrat Earl of Dudley. The countess, along with 95 small diamonds, was set on a brooch and worn as a headgear.

In 1975, the diamond reappeared at the Geneva auction, and neither the seller nor the buyer disclosed the name. Soon after, the new owner donated it to the Natural History Museum in London, which is still in the museum. This diamond has twice participated in Cartier's special exhibition: the "Cartier Art" exhibition held at the Shanghai Museum in 2004, and the "Cartier in the Americas" exhibition held at the Legion of Honor Museum in San Francisco in 2010. 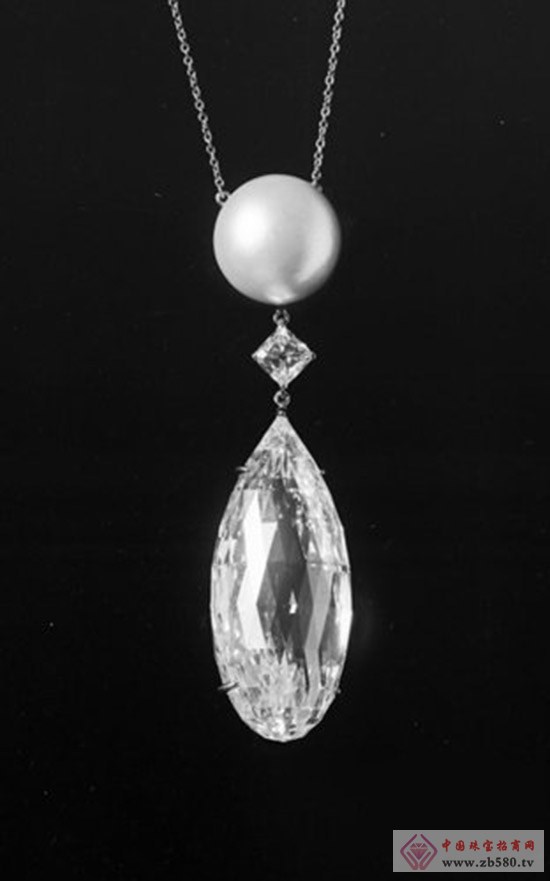 This "teardrop-shaped" cut (pear-shaped cut with geometric facets) is extremely beautiful, weighing 90.38 carats, set under a square-cut diamond and a 126-grain pearl.

It is said that this diamond was the gift of King Louis VII of France in the mid-12th century to buy his wife Eleanor of Aquitaine in Asia Minor. It is the oldest known giant diamond in the world. Later, he was worn by the neck of Diane de Poitier, the mistress of King Henry II of France, and disappeared for nearly 400 years.

Originally, Cartier put the diamond alongside a 126-grain pearl underneath a square-cut diamond. The following year, two 22-carat emeralds were added, which were set as a brooch and sent to a New York boutique. In 1911, Cartier sold the world's top teardrop-cut diamonds to one of the brand's most loyal customers, the financier and art collector George Blumenthal.

"Queen of the Netherlands" diamond

In 1931, Jacques Cartier created the Navanagar Necklace, which combines the 136.25-carat "Dutch Queen" diamond with many colored diamonds, including 5 rose-cut diamonds, 1 blue diamond and 1 Extremely rare olive green diamond weighing up to 12.86 carats.

Cartier bought this light blue diamond in 1960 and stored it for a while. Now, this diamond is owned by a prominent diamond cutter.

What kind of epic saga have these two brilliant diamonds that are bright, pure and clear (Type IIa), perfect in color (Class D), and comparable in size to the twin diamonds of the world's most artifact-like diamonds? Legend has it that the Sultan Muzafir, the monarch of Gujarat, was attacked and wounded by a tiger. An accompanying official killed the tiger with a sword and saved the Sudan from the tiger's mouth. As a result, the Sudan granted the title of his benefactor, Raja, and gave him a large amount of gold jewellery, including the two large diamonds from the Golkonda mine, with â€œTiger Tearsâ€. In name, to commemorate the dead tiger. 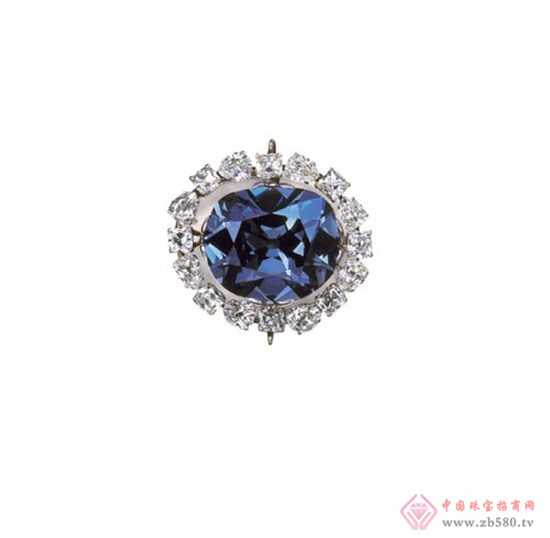 The "hope" diamond weighs 45.52 carats. In 1910, Cartier inlaid it as a pendant surrounded by diamonds. The purest and largest blue diamond ever known, weighing 45.5 carats, has long been regarded as a "cursed" gem. It is now permanently exhibited in Washington, DC, with an annual presence of 6 million viewers. It is said to be the second most viewed art in the world, second only to Mona Lisa!

No one knows when the exact history of the â€œhopeâ€ diamond began. It was donated to the Smithsonian Institution in 1958 and is now permanently exhibited at the National Museum of Natural History in Washington, DC.